1. A measure of the loss of information in a transmitted message.

2. The tendency for all political thought and policy to evolve toward a state of inert uniformity.

3. Inevitable and steady deterioration of a political party or society.
Posted by - at 8:10 AM 1 comment:

"War is the hardest place to make moral judgments."

–– Col. Ted Westhusing
Journal of Military Ethics
Posted by - at 8:02 AM No comments:

Seriously, how out of it do you have to be to not know that the vote Friday was a stunt?

Only Norah O'Donnell, apparently, has no idea what is going on. Either that, or is a paid or unpaid operative for the Republican party.

The GOP is, of course, desperately trying to spread the false rumor that Rep. Murtha called for an "immediate" pullout from Iraq with a resolution he submitted in Congress. This is, of course, false.

The Republican resolution, sponsored Duncan "Cut and Run" Hunter, DID called for an "immediate" pullout from Iraq.

So naturally, this morning, on the Today Show, O'Donnell said, "Congress Murtha called for an immediate withdraw from Iraq."

Republicans are pleased, and Norah got paid her money -- or I hope she did, if not, she shills for free -- but the viewers of NBC got fed a pack of lies made up by the Republican party.
Posted by - at 6:53 AM No comments:

"Cheney Attacks Democratic Critics of War, but Not Murtha "

"The vice president, however, strongly disagreed with the top Democrat's call for an IMMEDIATE WITHDRAWAL in Iraq."


Just to be clear, Republican Duncan Hunter called for an immediate withdrawal on Friday.**

This was opposed by Democrats, including Murtha.

** Obviously, Hunter didn't mean it -- it was a cheap stunt designed to degrade the House. But Murtha has NOT called for immediate withdrawal.

This is a Republican spin point, eagerly lapped up the AP and the Times.
Posted by - at 9:41 AM No comments: 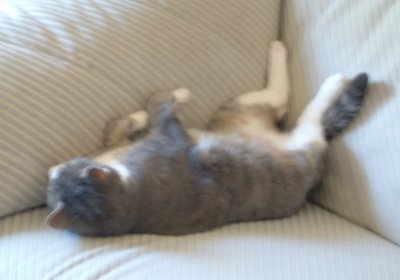 Call this another blow in favor of a Culture of Truth:

According to news reports, David Irving has been arrested in Austria on charges of denying the Holocaust took place, which is a crime in that country. While we are very much in favor of free speech, given worldwide and national degrading standards when it comes to a culture of truth mark this as a positive development.

David Irving is well-known British writer who has several books about WWII, has written that Adolf Hitler was not behind an orchestrated effort by the Nazi regime to wipe out the Jewish people.

Speaking of truth and lies, according to The New York Times in 1992 Irving was fined $6,000 in Germany after he said that that no gas chambers had been used in Auschwitz. This is illegal in Germany.

Mr. Irving was once known as a rigorous historian; some of his early works on Hitler and Germany were highly praised. But his views have became more extreme and he has become a hero of neo-fascist and neo-Nazi groups across Europe. Mr. Irving says he does not deny that the Nazis killed some Jews, but contends that the death toll among Jews in World War II was far lower than generally accepted.

Many years ago Deborah Lipstadt said David Irving was "one of the most dangerous spokespersons for Holocaust denial." Irving sued her for libel in England, where libel standards are looser than in the U.S., but he still lost.

Remember when certain people tried to spread the idea that we invaded in Iraq because of corruption in the Oil-for-Food program?

The New York Times is reporting that numerous criminal charges have been, and will be, filed against U.S. government officials and contractors, relating to bribes and kickbacks which have been paid in order to get lucrative contracts. I can't say I'm surprised.

A person named Philip H. Bloom, who apparently had oversight over recontrsuction contracts, has been charged with conspiracy, wire fraud, conspiracy to launder money and interstate transportation of stolen property.

Other Americans in the Coalition Provisional Authority, have been charged and are being investigated.

"This is the first case, but it won't be the last," the Times quotes Jim Mitchell, a spokesman for the Special Inspector General for Iraq Reconstruction, an independent office.

Mr. Bloom, of course, should be considered legally innocent until are charges are proven in a court of law.

Mr. Bloom's lawyer, Robert Mintz of Newark, said, "The complaint and the supporting affidavit were unsealed for the first time today and we're in the process of reviewing the allegations."
Posted by - at 8:57 AM 1 comment:

First ever Friday cat blogging for the Culture of Truth...
Posted by - at 2:51 PM 2 comments: 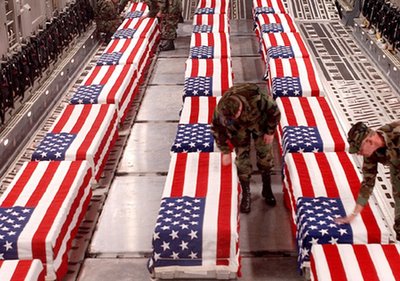 Number of Americans Killed in Iraq:

Number of Americans Wounded in Iraq

Number of Americans Killed in Iraq in October:

*The highest number since January of 2005

Number of Americans Wounded in Iraq in October

Congressman George Miller of California scores one for the culture of truth:

"Madam Speaker, somebody ought to call the cops. Today I am not talking about collusion, corruption and cronyism and the leaking of sensitive classified information that has irreparably damaged the national security of the United States. No, I am not talking about Scooter Libby or Karl Rove, though their involvement in outing a female CIA agent to silence her husband's criticisms of the President's Iraq policy deserves closer scrutiny.

No, I am talking about another shadowy character and administration ally, someone whose deception played a large role in leading the United States into war in Iraq. I am talking about Ahmad Chalabi. Mr. Chalabi is the Deputy Prime Minister of Iraq's newly constituted government. But Mr. Chalabi also is a convicted bank swindler who, we now know, fed the Bush administration false intelligence about Saddam's weapons of mass destruction and capabilities and Iraq's ties to terrorism.

Many Americans remember Mr. Chalabi as a man who convinced Vice President Cheney that the United States would be greeted as a great liberator in Iraq. Some have even said it was Mr. Chalabi who promoted the false story about Iraq's attempted purchase of nuclear material in Niger. Chalabi fed false stories about Iraq's weapons capabilities to New York Times reporter Judith Miller, a story that the Times was later forced to publicly discount.

Mr. Chalabi, who supplied information to the White House Iraq working group, a mysterious cabal, as Colin Powell's former chief of staff recently said, that hijacked U.S. foreign policy and hyped the case for war in Iraq. The bottom line is that Mr. Chalabi played a central role in the orchestrated deception leading to the invasion of Iraq.

After the administration discovered that Mr. Chalabi provided false intelligence, instead of investigating, the Department of Defense attempted to prop Mr. Chalabi up as a candidate of choice in the post-war Iraq.

Seventeen months ago, then National Security Adviser Rice promised an FBI inquiry into who leaked information to Iran. Seventeen months ago, and yet nothing has happened. Despite the fact that Mr. Chalabi was a prime suspect, the FBI has never interviewed him. In fact, the Wall Street Journal quotes the FBI as having said they have little active interest in this matter. Little active interest in a person who is leaking intelligence material to Iran in the middle of the war in Iraq?

Just this week the administration invited this criminal to meet with the Secretary of State and maybe even Vice President Cheney in the West Wing to discuss his candidacy for the Iraq presidency in this December's election. I would be curious to learn from the President what role granting a U.S. entry visa to a man suspected of spying for Iran plays in the administration's terrorism strategy.

Mr. Chalabi's actions are an insult to every American, especially those serving in our Nation's Armed Forces, and his high-level visit to the United States is an additional affront. Chalabi's crimes cannot go unanswered. He belongs in jail for his misdeeds. Instead, he gets a White House photo-op.

As the Senate concludes its investigation into the administration's use of false and misleading intelligence to make the case for war, no such inquiry would be complete without Mr. Chalabi's testimony under oath. While he is sashaying around the streets of Washington, D.C., the Senate Intelligence Committee and the House Intelligence Committee may want to issue a subpoena for his presence. He has offered to testify, but no intelligence agency of the United States has interviewed him, nor has the FBI, as we learned today.

He should be detained in this country until he gives that testimony. I know I speak for all Americans when I say that our idea of democracy is not propping up a bank swindler, kidnapper and extortionist whose lies and deceptions contributed to the 14,000 U.S. soldiers injured and over 2,000 killed in action and is an intractable quagmire with no end in sight. Americans deserve the truth about the Bush administration's manipulation of intelligence to justify this tragic war.

Calling the cops to arrest Mr. Chalabi, while he is here, so he can be interrogated, would be a good beginning to understand how extensive the manipulation, how false the evidence was, that caused the President to take us to war and which was championed by the Vice President and the President and the cabal to try to justify to the American citizens the reason for this war.

Mr. Speaker, call the cops. Mr. Chalabi should not be allowed to run free on the streets of this Nation's capital.
Posted by - at 11:38 AM No comments: 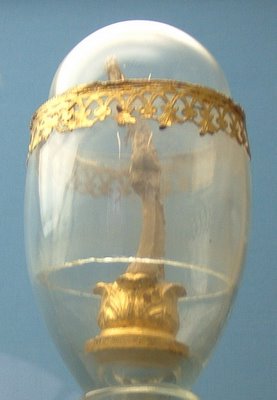 From the Museum of Science in Florence, Italy
Posted by - at 12:56 PM 3 comments:

--Michael Brown, former FEMA director, in an e-mail he sent the morning of the hurricane to Cindy Taylor, FEMA's deputy director of public affairs.

"Tie or not for tonight? Button down blue shirt?"
-- Brown, August 26, just days before Katrina made landfall.

"If you'll look at my lovely FEMA attire, you'll really vomit. I am a fashion god."