"There's this kind of almost -- kind of a weird kind of elitism that says well maybe -- maybe certain people in certain parts of the world shouldn't be free; maybe it's best just to let them sit in these tyrannical societies." 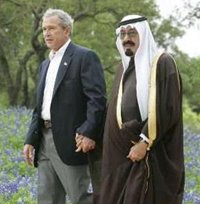 
"But to act merely as an observer is not only pointless, it's totally delusional."

Chinese anti-government activist Fu Xiancai, was severely beaten and paralysed after and now the government says he did it to himself.

Must be more of that diabolical asymetrical warfare.

Fu is an activist fighting for for people displaced by the Three Gorges Dam.

According to BBC News, after Chinese police athorities siezed him, and let him leave, he was viciously attacked on his was home.

He was hit so hard on the back of his neck that three of his vertebrae were broken.

From the BBC: "Officials told Mr Fu's son, Fu Bing, that investigators had failed to find anyone else's footprints at the scene of the attack, and had concluded that he must have hit himself."

Human Rights in China (HRIC) is on the case, poiting out that the "investigation" is being carried out by the same public security bureau that had a record of harassing Mr. Fu.
Posted by - at 11:02 AM 4 comments: 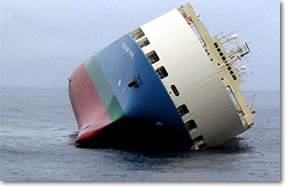 You Had a Bad Day 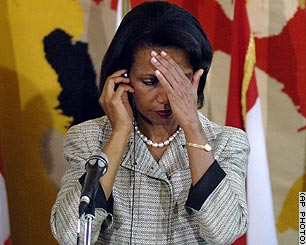 Cause you had a bad day,
You're taking one down
You sing a sad song just to turn it around,
You say you don't know
You tell me don't lie
You work at a smile and you go for a ride

You had a bad day
You see what you like
And how does it feel,
one more time!

Time is describing Bush's plan for peace in the Middle East as:

From a review in the New York Times by Nicholas Wade of new biography by Matt Ridley called “Francis Crick, Discoverer of the Genetic Code."

"Crick forged his own path through life. Mr. Ridley dwells only briefly on Crick’s heterodox views and experimental way of life. He seldom read newspapers, because working in intelligence had convinced him that most stories never reached the press. He experimented with marijuana and LSD, Mr. Ridley reports.

Crick and his wife Odile held lively parties and enjoyed the company of their many bohemian friends, like John Gayer-Anderson, who made pornographic pottery.

“Though they did not have an explicitly ‘open marriage,’ Francis was an incorrigible flirt,” Mr. Ridley writes, “and Odile at least affected not to mind.”

Crick refused to meet the queen when she visited Cambridge’s new Laboratory of Molecular Biology because he disapproved of royalty, and he declined a knighthood. He deeply disliked religion, saying once that Christianity was all right between consenting adults but should not be taught to children.

He refused to attend weddings or funerals, though he was always up for the party afterward. He resigned from Churchill College when it decided to build a chapel like any other Cambridge college.

Desire to undercut religious obscurantism was a cogent motive in Crick’s scientific career, shaping his choice first of the gene and later of consciousness as problems that, if cracked, would destroy the last refuges of vitalism.

“Throughout, he stayed true to himself: ebullient, loquacious, charming, skeptical, tenacious,” Mr. Ridley writes in an eloquent coda. “He would have liked to find the seat of consciousness and to see the retreat of religion. He had to settle for explaining life.”

Crick “saw himself as a dedicated seeker of great truths who had worked very hard, with long hours of reading, calculation, and intuition, to get to the point where he could make a great discovery."

At Least We Keep Our Committments

"Do you see it as contradictory? On one hand, you allow Israel to kill people, and civilian, in particular, and on the other hand, you're trying to aid the very people that have been suffering and killed as a result?"

PRESIDENT BUSH: "No, I don't see a contradiction in us honoring commitments we made prior to Hezbollah attacks into Israeli territory."

MAX CHERRY: "You want your money? Your bond refund?"

(He tosses stack of bills to Ordell.)

MAX CHERRY: "I have a bond receipt for you to sign."

"Joe Lieberman said he believes hospitals that refuse to give contraceptives to rape victims for "principled reasons" shouldn’t be forced to do so. "In Connecticut, it shouldn’t take more than a short ride to get to another hospital," he said." [New Haven Register]

"What he has said is, he believes the hospital has an obligation to take care of the patient, and let's say there was a hospital next door, walk, get the patient help, that's what he meant."


Begone, before someone drops a primary on you.

Wrap Yourself the Flag Act of 2006

"The Freedom to Display the American Flag Act of 2005"

A condominium association, cooperative association, or residential real estate management association may not adopt or enforce any policy, or enter into any agreement, that would restrict or prevent a member of the association from displaying the flag of the United States on residential property within the association with respect to which such member has a separate ownership interest or a right to exclusive possession or use.


Why can't the free market take care of this problem?

Every one of 20 people who spoke to Reuters around their workplace in central Baghdad, from a variety of sects and ethnic groups, had a horror story of conflict touching their lives.


Oh, wow...now is definitely the time to buy, before demand for summer homes there sends real estate prices out of control.

"Bombings and shootings soared by 40 percent in the Baghdad area in the past week, the U.S. military said Thursday. An American general said extremists were preparing "an all-out assault" on the capital in a decisive battle for the future of Iraq"

"There is an opening in the city's main shaft that leads to the core," he said. "If a small rebel vehicle were to somehow break through the defenses shield and enter the shaft, it's possible it could hit the core with a single, well-placed shot and destroy the entire city."
Posted by - at 2:30 PM 2 comments:

Last night ABC aired a bizarre documentary recounting the adventures of a 19-year old college student getting rich convincing people he can heal them of serious diseases by waving his hands around and fiddling with their "aura."

Naturally it never works and they turn to crazy ideas like "surgery" and "chemotherapy."

Anyway, one storyline was this kid's attempt to heal a girl of multiple sclerosis. Or so they said. But their visuals, including their flashy pictures of the Internet and web sites, all said "muscular dystrophy." 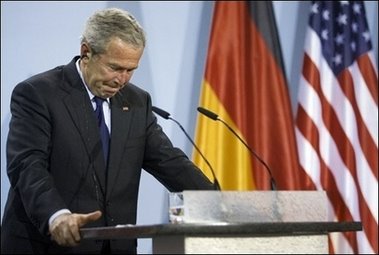 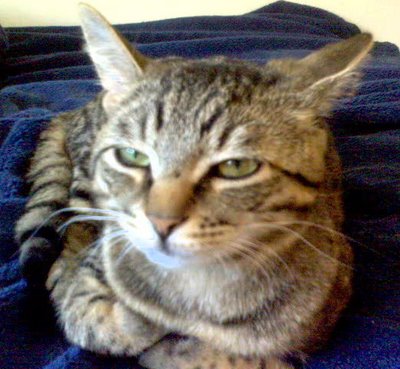 Outrage Of The Week

Regardless of whether you love or hate Noam Chomsky, this is unacceptable:

"Fatih Tas, the Turkish publisher of a book by the American intellectual Noam Chomsky, said yesterday that he and two of his colleagues were facing prison sentences as long as six years on charges of "denigrating national identity" and "inciting hatred," Agence France-Presse reported. Mr. Tas, owner of the Aram Publishing House, said that he and his colleagues Omer Faruk Kurhan and Taylan Tosun had been charged over the book "Manufacturing Consent: The Political Economy of the Mass Media," written by Mr. Chomsky and Edward S. Herman, which argues that corporate and government pressures distort news coverage.

Mr. Tas said that Ender Abadoglu, the translator of the book, published in Turkey in March, was also likely to be indicted. Mr. Tas was tried and acquitted in 2002 for publishing "American Interventionism," a collection of essays by Mr. Chomsky that included criticism of the Turkish government's treatment of its Kurdish minority and of American arms sales to Turkey. The European Union has warned Turkey that prosecution of intellectuals and writers is harmful to its bid for membership."
Posted by - at 11:37 AM No comments:

Missed Alaska by THAT much