- Government run health insurance plan
- Negotiated rates
- All insurers would have accept new customers regardless of preexisting conditions
- More preventive care
- Expand Medicaid to anyone with 150% of poverty level
- Employers must provide insurance or pay a penalty
- New tax on people making over $ 1 million per year
-
- Estimated savings of $500 million per year
Posted by - at 6:08 AM 2 comments: 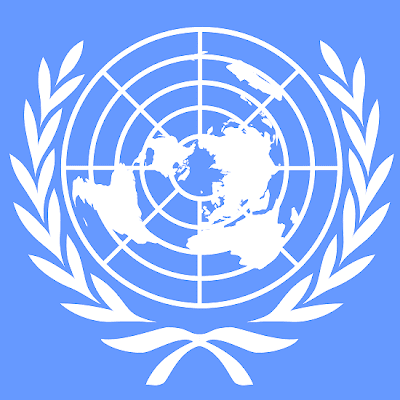 Biden on Cheney: Who Cares?

Asked about Mr. Cheney’s criticism during a half-hour interview at the American ambassador’s residence here,
Mr. Biden responded indirectly at first, saying leaders in the region now agree that the Obama plan will be more effective. “They believe that the new architecture is better,” the vice president said.

But as he warmed to the discussion, he became sharper in his rebuttals of Mr. Cheney. “I think that is absolutely wrong,” he said of the dithering charge. “I think what the administration is doing is exactly what we said it would do. And what I think it warrants doing. And that is making
an informed judgment based upon circumstances that have changed.”

Mr. Biden shrugged off Mr. Cheney’s point that the old administration left behind a review of Afghanistan.

“Who cares what — ” he said, and then stopped himself to find another way to put it. (“I can see the headline now,” said the famously free-wheeling vice president. “I’m getting
better, guys.”)
Posted by - at 7:08 PM No comments:

The Brits Really Are Different

The use of armed officers by the London Metropolitan Police to patrol neighborhoods housing youth gangs has been criticized as unsafe by some local politicians.
Posted by - at 6:57 PM No comments: 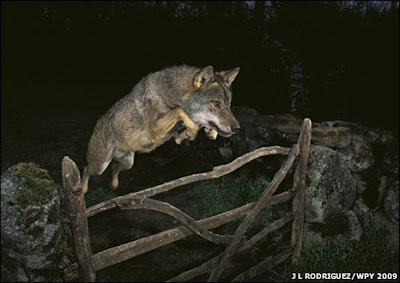 This picture taken by Jose Luis Rodriguez of a hunting wolf has won the prestigious Veolia Environment Wildlife Photographer of the Year 2009 award.
Posted by - at 8:34 PM No comments:

Dr. Daniel E. Fass, another chairman of the event who lives
surrounded by financiers in Greenwich, Conn., said: “The
investment community feels very put-upon. They feel there is no
reason why they shouldn’t earn $1 million to $200 million a year,
and they don’t want to be held responsible for the global
financial meltdown.” Dr. Fass added, “How much that will be
reflected in their support for the president remains to be seen.”

Secretary Clinton was supposed to just witness the signing
of a Turkish-Armenian accord in Switzerland this weekend, but she ended up having to do frantic, high-level diplomacy to save the day when the agreement appeared on the verge of unraveling at the last minute.

The Turkish and Armenian foreign ministers --whose countries have a long history of enmity for reasons described in this recent FP article -- got in a dispute over the final statements they would make after the signing. That's where Clinton stepped in to save the day. In frantic, last-minute diplomacy, she spoke by phone from her sedan in the hotel parking lot, talking with the Armenian side three times and the Turkish side four times. After two hours of phone calls, she met with the Armenian foreign minister in the hotel.
She also contacted President Obama several times from the hotel and the University of Zurich, the venue for the signing ceremony.

In the end, as a result of Clinton's astute diplomatic skills, the signing of the historic accord took place only three hours late (vs. not at all), and no spoken statements were made.
The agreement is expected to be ratified by Turkey's and Armenia's parliaments, and the border between the two countries -- which has been closed for 16 years -- could reopen within two months.

For Clinton, it was all just part of another day's work. "It's just what you sign up for," she told reporters later in the day.
Posted by - at 7:53 PM No comments:

This Week in Anti-Obama Derangement

Burlington Township, N.J. (AP) -- About 70 protesters let
their voices be heard outside a New Jersey school where
students sang praise of President Barack Obama.
Members of anti-tax groups and others gathered outside B.
Bernice Young School in Burlington Township on Monday to
denounce what they say was indoctrination of students.
The school began getting attention from conservative
commentators last month after a video surfaced of
second-graders singing a song that praised Obama.
The protesters sang patriotic anthems and chanted slogans
such as "Free children, free minds."
The school says the video was made when a woman who wrote
the children's book about Obama visited the school. It says
"there was no intention to make any political statement or
promote a political agenda."
Posted by - at 7:50 PM 2 comments:

This Week in Fear Nation

Thousands of American parents, worried that their children will be abused by pedophiles while trick-or-treating this Halloween, have downloaded software to identify the homes of sex offenders in their neighbourhoods.

The Offender Locator application uses a GPS system built into Apple iPhones to pinpoint the user's location, and then provides a map of sex offenders in the area. Leslie Gharghetta, a mother of two from Woodridge, New Jersey, uses it to monitor her neighbourhood. "I try and keep an eye on my kids. With Halloween, I am able to see if anybody on the list is located near me," she said.

The software has been downloaded more than a million times since becoming available in June. Tapping any location marked brings up a photograph of the offender, as well as their address, date of birth and convictions. "There is one offender listed two streets away from me," said MrsGharghetta, 31, whose husband is a police officer.

Your Congress at Work

H.R. 3749
To recognize the heritage of recreational fishing, hunting, and
shooting on Federal public lands and ensure continued
opportunities for these activities.


H.R. 3766
To use amounts made available under the Troubled Assets
Relief Program of the Secretary of the Treasury for
relief for homeowners and affordable rental housing.

MONTY PYTHON AND THE SACRED SPERM

Researchers Tobias Eisenberg and Frank Madeo have found that the substance spermidine extends the lifespan of human immune cells, as well as of mice, flies, worms and yeast fungus.

"We might have found the holy grail of age research,"
said Eisenberg, whose study involved 29 colleagues in six countries and was published in the British journal Nature Cell Biology on Sunday.
Posted by - at 9:02 PM No comments:

TEHRAN, Iran – The head of the U.N. nuclear watchdog said Sunday there is a "shifting of gears" in Iran's confrontation with the West to more cooperation and transparency and he announced that international inspectors would visit Tehran's newly revealed
uranium enrichment site on Oct. 25.

The International Atomic Energy Agency chief Mohamed ElBaradei, speaking at a joint news conference in Tehran with Iran's top nuclear official, said his agency "has no concrete proof of an ongoing weapons program in Iran." But the IAEA has "concerns about Iran's future intentions," he said. "I see that we are at a critical moment. I see that we are shifting gears from confrontation into transparency
and cooperation," said ElBaradei.

His visit followed a week of intense diplomatic activity surrounding Iran's nuclear program, set off by the revelation that Tehran had been secretly constructing
a new uranium enrichment plant just north of the holy
city of Qom. On Thursday, Iran and six world powers
put nuclear talks back on track at a landmark session
in Geneva that included the highest-level bilateral contact with the U.S. in years.

The High Court has given permission for an injunction to
be served via social-networking site Twitter.

The order is to be served against an unknown Twitter user who anonymously posts to the site using the same name
as a right-wing political blogger.

The order demands the anonymous Twitter user reveal their identity and stop posing as Donal Blaney, who blogs at a site called Blaney's Blarney.

The order says the Twitter user is breaching the copyright
of Mr Blaney.

He told BBC News that the content being posted to Twitter
in his name was "mildly objectionable".

Mr Blaney turned to Twitter to serve the injunction rather than go through the potentially lengthy process of contacting Twitter headquarters in California and
asking it to deal with the matter.

UK law states that an injunction does not have to be served in person and can be delivered by several different means including fax or e-mail.
Posted by - at 6:22 PM No comments:

Did I Break Your Concentration??

A man was allegedly shot by his employer after he used
his employer's toilet in the Durban central business district, police said on Thursday.

"The Malawian man went to the toilet and on his return his employer asked him where he had gone to. He told him he was at the toilet and showed him the toilet he had used.
The employer then drew out his gun and shot him once
in the left ankle," said Captain Khephu Ndlovu.

It was believed the employer did not want the man
to use his toilet, he said.
Posted by - at 6:03 PM No comments:


TEHRAN, Oct. 1 (UPI) -- Iranian intelligence officials
announced the arrest of several members of foreign-based
terrorist groups in the western part of the country.