Harry Whittington (and the Barenaked Ladies)

By Harry Whittington and the Barenaked Ladies

It’s been one week since you shot at me
Cocked your gun to your shoulder and nearly killed me.
Five days since you blasted me
Saying Harry, geez, you didn't see me.
Three days since we were drinking
I realized it’s all my fault, I wasn’t thinking
Yesterday you’d have unplugged me
But now I’m alive and said I’m sorry

WATCH OUT, HARRY'S GOT A BROOM!

CBS re-enacted the crime on their morning show.

Aside from the comic value of Harry Smith stalking his co-hosts while wearing an orange vest and carrying a broom, it was pretty much settled that while Dick probably shouldn't be shooting in random directions, Whittington shouldn't not have been hiding in long grass like that, but needed to announced himself, in a oud voice.

Move along. Nothing to see here.

Except Harry Smith on Columbus Circle holding a broom to his shoulder accompanied by a fake dog.
Posted by - at 7:49 AM No comments:

THE SNARK OF THE HUNTING 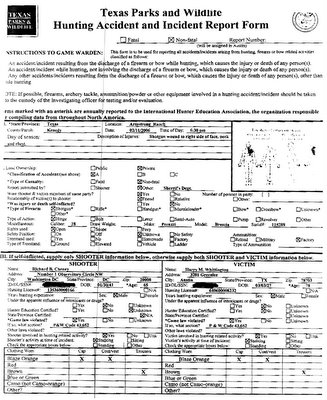 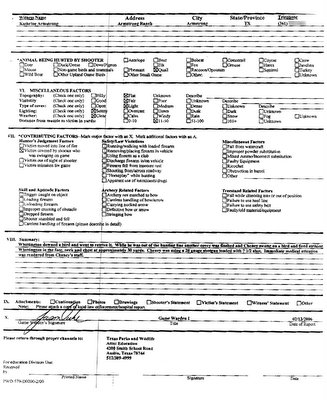 Observitory Circle?
Posted by - at 4:09 PM No comments:

QUOTE OF THE WEK

“Our enemy is listening, and I cannot help but wonder
if they aren't shaking their heads in amazement, and
smiling at the prospect that we might now disclose
even more,"

– Alberto Gonzales, in his testimony before the
Senate.

They get C-SPAN in Afghan caves?

Gonzalez was finally forced to testify before the
Senate this week to defend the President’s
indefensible wiretapping program.

I was surprised they’re sticking with the idea that
the authorization to use force immediately after 9/11
gave them the authority to avoid the law.

No one believes that.

So you can see how that might provoke a Constitutional
crisis – not to mention that they’re an entire branch
of government to go screw themselves.

"The president does not have a blank check.”


"Presidents are always stronger in the conduct of
foreign affairs when Congress is on board.”

– Sen. Mike DeWine, R-Ohio. He said the administration
should seek explicit congressional authorization for
the surveillance.


"I never envisioned that I was giving to this
president or any other president the ability to go
around FISA carte blanche.”

“The argument that the president has such broad
inherent authorities in wartime could, if taken to its
logical conclusion, basically neuter the Congress and
weaken the courts."

I’m rarely shocked anymore. But I gotta say, this
blew me away.

I mean, I knew that Bush had even staffed Iraq with
Young Republicans, but this, this is unbelievable.

Recently a number of NASA scientists have gone public
with the fact the Administration has pressured them to
cover up their scientific discoveries with the
Republican version of facts and religion.

This week it was revealed that in October 2005, George
C. Deutsch, a Bush appointee working a NASA, sent an
order to a NASA contractor working on a set of Web
presentations about Albert Einstein for middle-school
students. The message said the word "theory" needed to
be added after every mention of the Big Bang.

The Big Bang is "not proven fact; it is opinion," Mr.
Deutsch wrote, adding, "It is not NASA's place, nor
should it be to make a declaration such as this about
the existence of the universe that discounts
intelligent design by a creator."

It continued: "This is more than a science issue, it
is a religious issue. And I would hate to think that
young people would only be getting one-half of this
debate from NASA.”

Who is George Deutsch?

According to his résumé, Mr. Deutsch received a
"Bachelor of Arts in journalism, Class of 2003."

That’s right. He was an intern on the Bush campaign
and was immediately put in charge of Truthiness
Management at a multi-billion agency. A guy who was
in high school in 1999.

He’d better hang on to it.

He was forced out this week. Why?

“Mr. Deutsch's resignation came on the same day that
officials at Texas A&M University confirmed that he
did not graduate from there, as his résumé on file at
the agency asserted.”

Seriously, our country can’t survive this stupidity
much longer.

Yesterday, Dr. Hansen said that the questions about
Mr. Deutsch's credentials were important, but were a
distraction from the broader issue of political
control of scientific information.

"He's only a bit player," Dr. Hansen said of Mr.
Deutsch. " The problem is much broader and much deeper
and it goes across agencies. That's what I'm really
concerned about."

"On climate, the public has been misinformed and not
informed," he said. "The foundation of a democracy is
an informed public, which obviously means an honestly
informed public. That's the big issue here."

That’s true. The real scandal is administation that
has no regard for truth whatsoever; just a dedicated
loyalty to extreme, psychotic self-serving agenda.

CNN on Top of Important Issues

Which of these is an actual CNN Headline?

"Greenfield: 'Do You Really do this at a Funeral?"

"Too big to Hang, Killer Dies in Prison"

Karl Rove has threatened Republican Congressman with Presidential support unless they voted with with the administration, sources say. "Unless they vote with us, the President will show up at their campaign events," vowed Rove.

Congressmen are scared. "We can't afford to be tied to Bush in any way," said one, who wished to remain anonymous. "This is a serious threat to send in Bush, and he's not bluffing," he said. "He'll get his votes," said a Senator up for reelection, "anything but that."

Be Afraid. Be Very Afraid

"Tonight I ask you to pass legislation to prohibit the most egregious abuses of medical research, human cloning in all its forms, creating or implanting embryos for experiments, creating human-animal hybrids, and buying, selling or patenting human embryos. Human life is a gift from our creator, and that gift should never be discarded, devalued or put up for sale."

Damm, there goes my plan to get rich selling Brundeflies on e-Bay.
Posted by - at 8:29 AM 1 comment: