YOU TALKIN' TO ME?

"War, as French politician Georges Clemenceau said, is a series of catastrophes that result in victory," 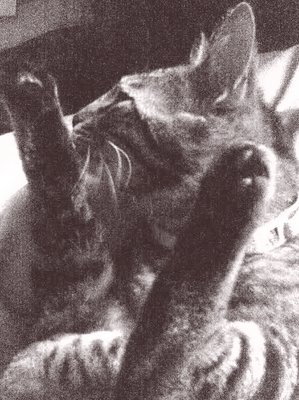 ANOTHER BLOW TO THE CULTURE OF TRUTH

"Evolutionary biology has vanished from the list of acceptable fields of study for recipients of a federal education grant for low-income college students."
Posted by - at 9:02 AM 1 comment:

DISPATCHES FROM ANOTHER PLANET

"NEW YORK (Billboard) -- Heavy metal maven Dave Mustaine is so angry with the United Nations that he is naming his group Megadeth's next album "United Abominations."

"I was watching TV and saw the trucks that said 'UN' on them and said, 'Man, you are so uncool, ineffective, anything," the singer/guitarist said in a recent Billboard interview.

"I thought, 'Wow, I've got to run with this. I got it -- United Abominations, 'cause it's an abomination what they're doing!' "

The longtime bane of American conservatives, the United Nations has been criticized for its slow responses to humanitarian crises in hot spots such as Darfur and Rwanda. U.N. Secretary General Kofi Annan recently expressed frustration that the group took so long to broker a ceasefire between Israel and Hezbollah in Lebanon."


That's right. They hate the UN because it didn't solve Rwanda and Darfur. Sure.
Posted by - at 7:36 AM No comments:

The U.S. Court of Appeals for the Second Circuit has upheld the Constitutionality of random bag searches conducted in New York City subways.

They were begun in July of 2005 after bombings in London.

The Court found the searches were justified given the overall circumstances in which they took place.
Posted by - at 1:44 PM No comments:

Title of an Editorial in the Palm Beach Post:

The editorial is about border security. An excerpt:

Congress passed a "Real ID" bill last year that attempts to standardize driver licenses by requiring states to include more information. It is the first step toward a national ID card that would use identifying biometrics such as fingerprints. Opposition to the national ID is based on privacy concerns, but the country may be at a point where border security trumps worries about potential problems with ID security.

Richardson, chairman of the Democratic Governors Association and a possible 2008 White House contender, called Lieberman "a good friend of mine" and a "true public servant."

But he said in a statement Thursday that he was backing Ned Lamont, the man who defeated Lieberman in this week's Democratic primary. 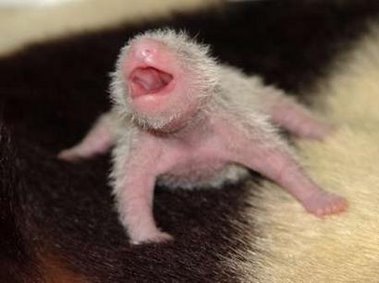 "This type of dirty politics has been a staple of the Lamont campaign from the beginning, from the nonstop personal attacks to the intimidation tactics and offensive displays to these coordinated efforts to disable our Web site," said Smith in a statement e-mailed to reporters Monday evening.

"There is no place for these Rovian tactics in Democratic politics, and we demand that our opponent calls off his supporters and their online attack dogs."

Re: the Lieberman web site.

"More than in recent days, the senator came across as both contrite and self-satisfied Monday. He lamented that he had not “clarified” his criticism of the war and the White House earlier, but he also argued that Republicans were “salivating” over the possibility that Democrats would pick an antiwar liberal instead of Mr. Lieberman."

"Mr. Lieberman’s advisers said that he was seeking victory but that if he lost, he wanted the smallest possible margin, on the theory that a narrow loss would help him rebuff any Democratic demands that he drop out."

Israel Promises to Attack All Vehicles South of Litani

According to CNN, The Israeli military dropped leaflets today over the southern Lebanese city of Tyre, warning of stepped-up operations and urging people not to drive. One leaflet said, "All cars and of any type will be shelled if seen moving south of the Litani River."
Posted by - at 7:06 AM No comments:

The 50 birds are the survivors among 135 that started appearing in Rio de Janeiro in early June, dragged to warm Brazilian waters by ocean currents, said Giselda Candiotto, president of Rio's Niteroi Zoo Foundation, which is caring for the penguins.

A Hercules C-130 transport airplane will take the flightless birds to Pelotas in southern Brazil on Sept. 23 for the first leg of their journey home, the Air Force's press office said. There, they will be examined by veterinarians at the Marine Animal Rehabilitation Center of the Eliezer de Carvalho Rios Oceanographic Museum.

From Pelotas, the penguins will be driven to the coast and placed on Navy ships. They will be taken 40 miles offshore before being released into the southern Atlantic.

"Ocean currents will hopefully carry them back to their natural habitat," Candiotto said. "If everything goes smoothly, the penguins should be back in Antarctica within 10 days after leaving Rio."

"They are young, inexperienced animals that, in their search for food, get caught in the ocean currents," she said. The birds arrive near Rio extremely debilitated and having lost about two-thirds of their normal body weight. About half die of hyperthermia, hyperglycemia and exhaustion, she added."
Posted by - at 7:08 AM No comments: