Harman and the NSA

The Justice Department has for more than two years been investigating aspects of the N.S.A.’s wiretapping program.

As part of that investigation, a senior F.B.I. agent recently came forward with what the inspector general’s office described as accusations of “significant misconduct” in the surveillance program, people with knowledge of the investigation said. Those accusations are said to involve whether the N.S.A. made Americans targets in eavesdropping operations based on insufficient evidence tying them to terrorism.

The CQ Harman story, I submit, is not about Jane Harman. It's about the NSA protecting its turf.

Add this the even larger debate about whether the NSA should be in charge of domestic cyber securtity, including of private organizations.

The legal and operational problems surrounding the N.S.A.’s surveillance activities have come under scrutiny from the Obama administration, Congressional intelligence committees and a secret national security court, said the intelligence officials, who spoke only on the condition of anonymity because N.S.A. activities are classified. Classified government briefings have been held in recent weeks in response to a brewing controversy that some officials worry could damage the credibility of legitimate intelligence-gathering efforts.

So the NSA is being investigated by:

Is it possible that the NSA is sending a message to all of the above?
Posted by - at 8:05 PM 5 comments:

According to the Congressional Quarterly article regarding Rep. Jane Harman, when Justice Department officials wanted to open a new criminal investigation into a sitting member of Congress, they decided not to use normal channels to apply for a warrant, but tried to go through the procedures designated under the FISA law and the secret FISA court. A law and court specifically created to monitor not Americans, but foreigners. This would have required Alberto Gonzalez to state and justify his belief that the target of the wiretap was a foreign power or an agent of a foreign power. Apparently if Porter Goss followed the law, he did certify that the information sought was foreign intelligence information and that the information could not reasonably be obtained by normal investigative techniques. "Agent of a foreign power" means, among other things, someone who knowingly engages in any clandestine intelligence activities. Interestingly, both John Negroponte and Michael Hayden, neither Fourth Amendment zealots, rejected the application to wiretap Harman.

This seems strange at first, but considering that the conversation was originally overheard via a FISA-court approved NSA wiretap, it makes sense. Now consider that the original conversation as reported by CQ directly implicated Alberto Gonzalez and lesser officials, and it looks like the national security officials did not trust the Department of Justice to approve or oversee a normal domestic wiretap. CQ says Goss thought wiretapping Harman was "urgent." However, FISA warrants still need the AG's approval, and - guess what - Gonzalez turned them down.

So now we have a NSA officials who catch a peculiar but not unusual Beltway conversation involving Harman, Pelosi and officials in the Bush DOJ. They and unnamed DOJ attorneys working on national intelligence want to wiretap, but decide not to apply to a federal judge. Instead, perhaps out of habit, using FISA, (this part is unclear) they ask Negroponte, who says no, then Hayden, who turns them down, until finally Porter Goss says yes, only to have it rejected by the now disgraced Gonzalez. Disgruntled and disgusted, after the torture memos are released, they tell their story to CQ, even though they admit no laws were ever really broken.

We should be disturbed by NSA wiretaps being distributed all over Washington, being used in attempt to justify further FISA wiretaps on Americans, including members of Congress in the opposition party, and, when those efforts failed, the contents of the original wiretaps being leaked by rogue officials in order settle inter-agency scores?

Follow up on something Josh Marshall said - wiretapping members of Congress is dangerous territory, but using a *secret* court to do so is extremely dangerous.
Posted by - at 10:16 AM No comments:

The memos include what in effect are lengthy excerpts from the agency’s interrogation manual, laying out with precision how each method was to be used. Waterboarding, for example, involved strapping a prisoner to a gurney inclined at an angle of “10 to 15 degrees” and pouring water over a cloth covering his nose and mouth “from a height of approximately 6 to 18 inches” for no more than 40 seconds at a time.

But a footnote to a 2005 memo made it clear that the rules were not always followed. Waterboarding was used “with far greater frequency than initially indicated” and with “large volumes of water” rather than the small quantities in the rules, one memo says, citing a 2004 report by the C.I.A.’s inspector general.

The brief in Jewel v. US

Ok, I just read the brief in Jewel v. US, regarding the surveillance claims and alleged violations of ECPA, SCA, the Wiretap Law and FISA.

The DOJ makes two arguments. One, that Congress has not waived the Federal government's right to be immune from lawsuits in this area. Therefore the court must dismiss the case.

Two, that regardless of the merits of the suit, (in other words, let's assume the government broke the law and would otherwise be held to account in a court of law) the court must not hear the case due to special circumstances. Namely, that to hear to the suit would disclose information about intelligence gathering activities which would cause exceptionally grave harm to national security. This includes facts about the programs Bush authorized after 9/11 and before FISA was revised.

Incidentally, the brief states that allegations that the Bush progam collected information from people in the US are "false" but then states they can't prove that, because to do so would reveal secrets. The brief also states that even to admit that the government was working with AT&T, for example, would harm national security.

The brief also seeks summary judgment, arguing that the plaintiffs can't make a prima facie case, since - you guessed it, the facts they would need to show standing and injury, in other words, that they were personally wiretapped - are also secret.

It's worth noting that this is a brief, not a policy statement, nor is it only about FISA, nor is it a defense of Bush's violations of the law, though it could be read that way, or even a denial that they did break the law. It's a motion to dismiss a lawsuit because revelations during the ensuing litigation would harm national security.

Two immediate solutions would be Congress to re-write the laws to waive immunity, and for the judge in this case to review the DOJ claims in private. Also, of course, to ask Obama himself - in a press conference, perhaps - how, even conceding the facts in this case, plaintiffs such as these can seek justice, under his Presidency.
Posted by - at 7:10 AM No comments: 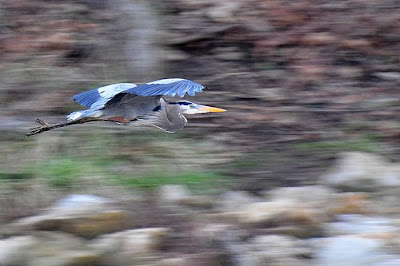 Awesome Photo by The Old Man in Scene 24