Matthews: wow they held a debate and Obama didn't use the word motherfucker once!!

Brooks: it was too wonky what's up with all the showing-off about all their knowledge at a presidential debate???

Robinson: McCain's problem is that he is an incredible asshole

Kay: he refused to look at the black guy

Brooks: this was the best I've ever seen John McCain

Mitchell: it's true that McCain had a terrible week but we can cross our fingers that he can turn it around!!

Robinson: they're both going to vote for the bailout!

Brooks: i've been hanging with the common people at applebee's and they tell me that they don't like this

Matthews: who won the week?

Kay: but it's not the debate that’s the problem - it's that McCain is a doddering fool and that's not going to change

Tweety: i disagree the important thing is Obama won the debate

Brooks: no fair that debate was held at night!

Mitchell: hey John McCain only had two hours to prepare and he was better than Obama

Matthews: OMG it turns out that Sarah Palin is a moron!!

Kay: the neocons love her she believes in freeance and peeance

Mitchell: Juneau, We Have a Problem

Robinson: Biden will respectfully answer the questions and Palin will talk nonsense and the rest of us will squirm uncomfortably

Brooks: she will rise to level of mediocrity

Kay: even Petraeus thinks McCain is living in a fantasy world

Robinson: there will be big liberal turnout on election

Mitchell: Sarah Silverman is telling people to schlep to the votes

Kay: wow it's like you and he were matter and anti-matter

WHO SHOULD DEBATE OBAMA?

John McCain may not show up tonight. Who should debate Obama instead?

Swiss pilot Yves Rossy became the first aviator to cross the Channel between England and France using a single jet-powered wing attached to his back. Rossy soared through clear skies during his 37-kilometer (23-mile) flight, then opened a blue and yellow parachute to land safely in Dover. The portion of his flight over water took less than 10 minutes. Rossy postponed an attempt yesterday due to bad weather, saying that he would rather wait than fail. “I would be disappointed to be in the water now and tomorrow it's perfectly blue sky,'' he said yesterday.

Rossy took off from France in a plane and jumped from an altitude of more than 3,000 meters (10,000 feet). His flight started over the French port of Calais. His craft was designed to reach a speed of 190 kilometers an hour.

Spain’s Problem: Too Much Solar Power

Spain's government will cut subsidies to solar-power projects in the next two years as it tries to rein in the industry's growth, Deputy Prime Minister Maria Teresa Fernandez de la Vega said. The industry has installed more than four times the government's target of 371 megawatts of solar capacity, making the reduction necessary to prevent an overburden on public spending, Fernandez said. 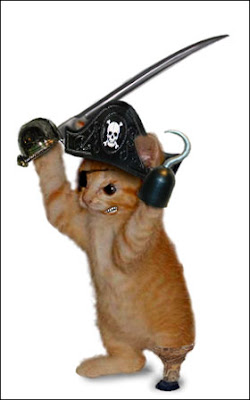 “Make no mistake, this is a Democrat bill.”

Americans oppose government rescues of ailing financial companies by a decisive margin, and blame Wall Street and President George W. Bush for the credit crisis. By a margin of 55 percent to 31 percent, Americans say it's not the government's responsibility to bail out private companies with taxpayer dollars, even if their collapse could damage the economy, according to the latest Bloomberg/Los Angeles Times poll. Poll respondents say Democratic presidential nominee Barack Obama would do a better job handling the financial crisis than Republican John McCain, by a margin of 45 percent to 33 percent. Almost half of voters say the Democrat has better ideas to strengthen the economy than his Republican opponent.

Six weeks before the presidential election, almost 80 percent of Americans say the U.S. is going in the wrong direction, the biggest percentage since the poll began asking that question in 1991.

"Do You Really Want Small Government?"

Federal Reserve Chairman Ben Bernanke bluntly warned Congress on Tuesday it risks a recession, with higher unemployment and increased home foreclosures, if it fails to act on the Bush administration's plan to bail out the financial industry. Bernanke told the Senate Banking Committee that failure to act could leave ordinary businesses unable to borrow the money they need to expand and hire.
Posted by - at 6:34 AM No comments:

Lawmakers should ``provide in statute the authority to regulate these products to enhance investor protection and ensure the operation of fair and orderly markets,'' Cox told the Senate Banking Committee today at a hearing in Washington. "Neither the SEC nor any regulator has authority over the CDS market, even to require minimal disclosure,'' and that should be addressed "immediately,'' Cox said in prepared testimony at a hearing to consider the government's $700 billion financial rescue plan.
Posted by - at 6:29 AM No comments:

Gross National Product of Saudi Arabia: $376 Billion
Posted by - at 3:11 AM No comments:

When Socialism Came to America

When fascism comes to America it will come wearing a flag and carrying a cross.

.
Her name was Rothschild
She was a PUMA
She was a member
Of McCain’s Duma

That’s where I
Caught her lie

I took to an emergency room
She knew what one of those was, I assume
I said these people can’t afford health care
She just gave me a blank stare
I said what if you had no insurance for that rash
She said well then I would just pay in cash
I said for once pretend you’re not rich
She ‘but dammit I am, bitch’

John McCain and The Truth

This blog is dedicated to the Truth.

Mitchell: Sarah Palin is the poster child for inclusiveness

Andrea: Obama and McCain will be together at Ground Zero which proves McCain can be non-partisan

Tweety: and what does it show about Obama?

Andrea: that he's a partisan phony

Klein: the convention was an offensive Orwellian nightmare of mooseburgers

Tweety: where was Bush?

Klein: hell they distanced themselves from the Republican party

Tweety: i love it!

Heileman: i heard a rumor than John McCain is a Republican

Tweety: McCain is the skipper

Norris: Obama has to be a leader and an everyman it's a fine line

Tweety: he's either too street or an elitist

Klein: Obama has to come across as a white human being

Tweety: everyone says Obama will get swing voters to let's talk to the one who doesn't - Andrea!

Andrea: John McCain is the best ever!

Tweety: let's talk about Sarah Palin - the mom, the neighbor, the strong female fighting for justice, the PTA

Klein: i love it!

Tweety: she's like a female version of Norma Rae!

Andrea: that's why i love you tweety - you never change

Tweety: who is best person in the history of politics?

Andrea: sarah palin - she fought off the horrible nasty mean terrible liberal bloggers and gave the best speech since the gettysburg address

Klein: yes but she is also stupid

Norris: it's only been 12 days

Klein: A Fortnight of Fuckups

Norris: who cares is he knows where Iran is - she kills moose

Heileman: let's face it McCain is going to die soon

Andrea: she smears with a smile

Klein: but what are her policies?

Mitchell: it doesn't matter she's a hockey mom it's all narrative!

Tweety: biden will be beat her up

Heileman: fuck Biden for calling her sweetie if he ever does

Andrea: i hate Biden for potentially calling her gal or baby or sugartits

Tweety: tell me something I don’t know

Andrea: Palin will never give an interview it turns out she knows nothing