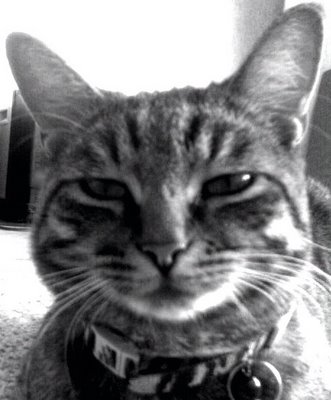 Building a Bridge to Nowhereville

Wall Street Journal -- Forget the polls, prognosticators and angsty anonymous quotes from Republican Party insiders, Alaska’s only congressman, Republican Don Young, has a prediction of his own: House Republicans won’t lose any seats next week. 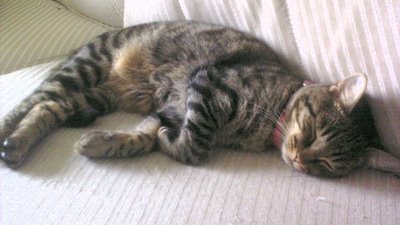 The alleged ringleader was among 19 people in custody, authorities said. Agents said they seized more than 45 pounds of what they described as high-quality methamphetamine worth $864,000 and capable of supplying 4 million doses."

She's originally from Iran, so maybe she just figured would avoid the Christmas rush.

Odd Headline of the Day

Scientists have identified the oldest known bee, a 100 million-year-old specimen preserved in amber.

The discovery coincides with the publication of the genetic blueprint of the honeybee, which reveals surprising links with mammals and humans.

The ancient insect, trapped in tree sap, is at least 35-45 million years older than any other known bee fossil.

It appears to share features with both bees and wasps, and supports theories of bee evolution.

Keep that can of Raid handy, just in case.

"Photos apparently showing German troops posing with a skull in Afghanistan have caused outrage in Germany.

The tabloid newspaper Bild, which carried the photos, says they show German troops in Afghanistan in 2003.

On one of the pictures, a soldier is seen holding the skull next to his exposed penis, on another - soldiers pose with the skull on their jeep.

The Germans, it seems to me, given their history, have to meet the highest standard of behavior for their soldiers in combat. This is not a good sign.
Posted by - at 5:45 AM No comments:

The Army held a major Press Conference to announce that the Iraqis have agreed to try to meet some targets in a year and a half.

"Missing from the press conference:

"I said to the Generals, 'You Choose'"

MOSCOW, Oct. 21 — A group of men burst into a contemporary art gallery here Saturday, destroying work by an ethnic Georgian artist and beating up the owner, Marat Guelman. Mr. Guelman is well known both for his display of politically inspired and irreverent art and, most recently, his public attacks on neofascists for their dislike of non-Russians and of Western influence on Russian society.

Mr. Guelman said the attack was carried out by 10 men who looked like skinheads. The attack was the latest incident to raise troubling questions about xenophobia and freedom of expression in Russia.
Posted by - at 2:41 PM 1 comment:

What We Don't Know

An Excerpt from an Op-Ed piece in the New York Times:


A few weeks ago, I took the F.B.I.’s temperature again. At the end of a long interview, I asked Willie Hulon, chief of the bureau’s new national security branch, whether he thought that it was important for a man in his position to know the difference between Sunnis and Shiites. “Yes, sure, it’s right to know the difference,” he said. “It’s important to know who your targets are.”

O.K., I asked, trying to help, what about today? Which one is Iran — Sunni or Shiite? He thought for a second. “Iran and Hezbollah,” I prompted. “Which are they?”

– By Jeff Stein, National Security Editor at Congressional Quarterly.
Posted by - at 12:01 PM No comments: 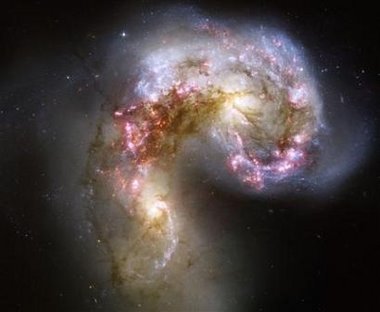 An image of the Antennae galaxies merging taken by the Hubble telescope.

"Talent's move to the center is countered by his opponent, Claire McCaskill, who has highlighted Talent's opposition to stem cell research in poignant ads featuring Missourians with medical problems who might be helped by such research."

Last night, the CBS Evening News turned their broadcast over to a man named Brian Rohrbough, who lost his son during the Columbine massacre. Mr. Rohrbough proceeded to blame recent school shootings on: 1) the teaching of evolution, and 2) abortion.
Posted by - at 9:00 AM 1 comment:

If you're outraged about Iraq, Press 1."

If you're outraged about Afghanistan, Press 2."

If you're outraged about Repubilcan Corruption, Press 3."

If you're outraged about Republican Congressional harrassment cover-ups, Press 4."

If you're outraged about torture, Press 5."

If you're outraged about suspension of Constitutional Rights, Press 6."

If you're outraged about another issue, please remain on the line, and an operator will be with you shortly. Remember, you're call is important to us."

June 10:
"Congress - Its Powers and Functions in the Federal System"

June 25:
"From Proposal to Markup: The Legislative Process"

August 21:
"The Third Branch: Judicial Review and The Role of the Supreme Court"

September 7:
"Snails and Oysters: Gladiators Movies from Heston to Crowe"

Dark Side of Globalization

From The New York Times:

"It was his infant son’s cries, gasping and insistent, that first woke Salif Oudrawogol one night last month. The smell hit him moments later, wafting into the family’s hut, a noxious mélange reminiscent of rotten eggs, garlic and petroleum.

Six-month-old Salam Oudrawogol of Abidjan, Ivory Coast, has been covered with sores since he was exposed to toxic waste in August. More Photos »

Mr. Oudrawogol went outside to investigate. Beside the family’s compound, near his manioc and corn fields, he saw a stinking slick of black sludge.

“The smell was so bad we were afraid,” Mr. Oudrawogol said. “It burned our noses and eyes.”

Over the next few days, the skin of his 6-month-old son, Salam, bloomed with blisters, which burst into weeping sores all over his body. The whole family suffered headaches, nosebleeds and stomach aches.

How that slick, a highly toxic cocktail of petrochemical waste and caustic soda, ended up in Mr. Oudrawogol’s backyard in a suburb north of Abidjan is a dark tale of globalization. It came from a Greek-owned tanker flying a Panamanian flag and leased by the London branch of a Swiss trading corporation whose fiscal headquarters are in the Netherlands. Safe disposal in Europe would have cost about $300,000, or perhaps twice that, counting the cost of delays. But because of decisions and actions made not only here but also in Europe, it was dumped on the doorstep of some of the world’s poorest people.

So far eight people have died, dozens have been hospitalized and 85,000 have sought medical attention, paralyzing the fragile health care system in a country divided and impoverished by civil war, and the crisis has forced a government shakeup."
Posted by - at 9:35 AM No comments: