More Than 3,700 Iraqis Killed in October

"The Iraqi death toll hit a record high in October, with more than 3,700 people losing their lives in the ongoing violence, according to a UN report.

The majority of the 3,709 people who died were killed in sectarian attacks - nearly 200 more than in the previous record month of July.

The brunt of the violence was borne in Baghdad, while the report also noted that women were increasingly victims.

The UN bases its figures on data collected by the Iraqi Health Ministry." 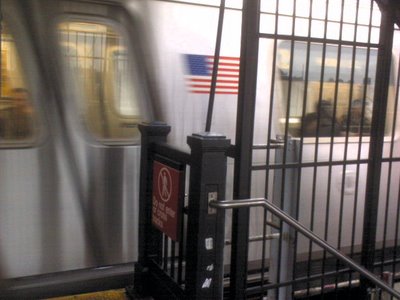 Noted stupid person Tucker Carlson is deeply worried, about the question, as his headline puts it, "Hillary Wasting Donor's Money?"

This is because Hillary spent a lot in a very expensive state and won by a whopping margin.

I eagerly await his report on how much George Allen and Rick Santorum "wasted."

McCain on "This Week"

If Vilsack wins Iowa and Hillary Clinton comes in second, it will help her, but only be what people expect.

If Clark, or Edwards, or whoever, comes in a strong third, they benefit most of all.

If anyone beats Clinton for second place in Iowa, and it could certainly happen, then that person is in position of strength, and she darn well better come in first in New Hampshire.

Gore is an exception to this. He would have beat or tie Hillary in at least one of those first two states or he would also not have met expectations.

Iowa also remains important because the last place finisher, depending on the results, will get pressure to drop out.
Posted by - at 1:20 PM 3 comments:

Which of the following will NOT hurt Rudy Giuliani in the primaries:

(A) He married his cousin

(B) He’s in favor of gay rights

(C) His best friend and Homeland Security choice is a crook

(D) He dumped his second wife on television

(F) He moved his girlfriend into the mayor’s mansion, while still married

(I) He favors amnesty for illegal aliens

(K) He likes to dress in women’s clothing

Stuff on My Cat 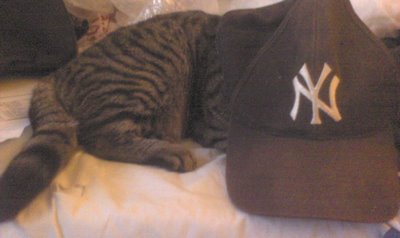 "Can we expect a different military strategy from Al Qaeda based on what's happened here in the U.S.?"

Studio 60 on the Via Dolorosa

Odd morning tv note -- both Good Morning America and The Today Show are from Jerusalem. Specifically, Diane Sawyer and Matt Lauer nearly tripped over each other reporting live from the Via Dolorosa.*

If then End Times are here, someone shoot me an e-mail.

Once an aspiring skater herself, Rice said Kwan showed humility and grace under pressure during her athletic career and was the perfect choice as a goodwill ambassador.

"It is a time of great consequence in the world and I know you are going to play an important and valuable role for our nation," said Rice, with Kwan, 26, at her side."

Like many people I grew up watching 60 Minutes and Ed Bradely on the show. No need to go in depth on his years of experience and great reporting. Recently we saw him do good work on the Duke case and had a fun interview with Tiger Woods.

(A) The Youngest Secretary of Defense Ever

(B) The Oldest Secretary of Defense Ever

(C) The Weirdest Secretary of Defense Ever

(D) The Worst Secretary of Defense Ever

(E) All of the Above

Bush Will Raise the Minimum Wage

In his press conference Bush signaled he is ready to make a deal to raise the minimum wage.

Also, will get some reauthorization of No Child Left Behind.

Bush on the American People:

"Somehow it steeped in their consciousness, that my strategy was 'Stay the Course.'"
Posted by - at 10:23 AM No comments:

Robert Gates to be the new Secretary of Defense

Bush is dipping into Poppy's well.

Gates was head of the CIA under Bush 41.

Secretary of Defense Will Resign


The fallout from The Blue Wave continues.

Norquist Vows to Fight On

That's his reality and he's sticking with it.

Bush Insults the Troops! Will He Apologize?

"This bill meets our commitment to America's Armed Forces by preparing them to meet the threats of tomorrow. Our enemies are innovative and resourceful, and so are we. They never stop thinking about new ways to harm our country and our people, and neither do we."

Source: Office of the Press Secretary, The White House